After writing three books in my Girls of Glam Rock Series I took a break to work on other things and figure out the self-publishing game. At the beginning of 2018 I’ll not only be publishing the third book, I’ll be writing the fourth one. In preparation, I’ve restarted my “research”: reading about the pioneering women of rock star pursuit! Bebe Buell’s book Rebel Heart isn’t the best written book out there, but what a story she has to tell!

I’ll admit to losing some much needed sleep last night because I just had to find out what happened in Max’s Kansas City when she breezed in with Todd Rundgren, her first rock and roll boyfriend.

If Bebe sounds familiar but you can’t quite place the name, her daughter is actress Liv Tyler. Bebe somewhat infamously hid the identity of Liv’s real father from her for years. The real guy is, of course, Steven Tyler of Aerosmith fame! 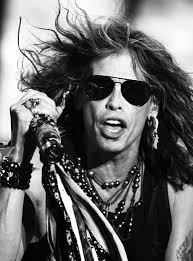 Ahh, what a tangled rock and roll web we weave!