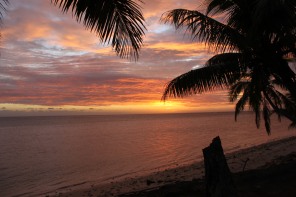 I’ll be the first to admit that I’ve spent the past fifteen years of my life running away from home when the holidays roll around.

I’m not a fan of Christmas. It’s my least favorite holiday. I resent the commercialism, the attitudes, the lack of true spirit. Seeing people hanging up a bunch of blinking Christmas lights the day after Halloween, and walking through a department store full of annoying sparkling trees when I haven’t even eaten turkey yet gets under my skin. Fighting for parking spaces and running red lights in Walmart parking lot is about as tacky as it gets. The other day a woman was going through the aisles so fast that she smashed into my cart (hard!), smiled, and tossed a flippant “Excuse me!” over her shoulder before zooming on. My response? “Merry Christmas!” Was it sarcastic? Yup. But was I laughing? Sure was. Because more than ever this year, I have much more important things to think about.

Yeah, I have cancer. And I’m doing better than expected. But it still changes everything. Before cancer I had little tolerance for bull. After cancer I have zero tolerance for bull. Which might make you think that I have my head buried in the sand while I beg to be airlifted out of my misery. Well, surprise! Quite the contrary. I’ve found some semblance of peace, of wanting to do things differently. By jove, I’m done running.

If you’ve read any of my autobiographical blogs, you know that I come from a broken family. Holidays weren’t ever any fun, because someone was always complaining about someone else being late, or was outside smoking instead of opening presents. Oh, the hours spent on those cigarettes! (None of those hours were spent by me, but I’m the one with lung cancer. How about that.) Perhaps while all this was happening another family member would be missing a lost loved one. Or maybe a loved one a few miles away refused to come.  That’s the way it got after a while.

I did my time. Once I was old enough and had enough money to escape, why would I want to hang around?

One reason: Mom. Mom still needed someone to be there for her when the door only swung one way. But Mom left us fifteen years ago on the longest and greatest road trip of all. And that’s when I had a license to run. Not only at Christmas, but the rest of the year, too. And I happily renewed that license on a yearly basis.

Make no mistake about it: I did it because I wanted to. Running turned out to be fun and therapeutic. (The sunset shots above are from Fiji on Christmas Eve, 2015.) And I’m going to start running again as soon as my oncologist says I can. Just with a few differences, and one of them is that I’m staying home with my family and friends for my future Christmases. If I do any running it’s going to be to places where family and friends await me.

I can’t travel right now, but I can still fill up my calendar with things to do, and this year I’m making plans with the special people I want to spend time with. The fact that time is getting a little tight is a reason to smile, not grimace, because it means that I’m loving and being loved back. Hey, I kind of like this!

Sometimes, it takes a total life-changer to figure out things that maybe you should have altered long ago. I’ve been spending Christmas and New Years alone for more than a decade. A new tradition begins this year. Maybe I won’t have the excitement of seeing the coast of New Zealand for the first time out the airplane window, or be able to post a picture from the California desert with a clever twist on “Rocking Around the Christmas Tree” by rocking around the joshua tree instead, but I’ll be close at home and close at heart to those that love me most in the world and whom I love most in the world.

Everything in its time, right?

Merry Christmas to all, no matter where or with whom you choose to spend it. 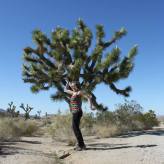